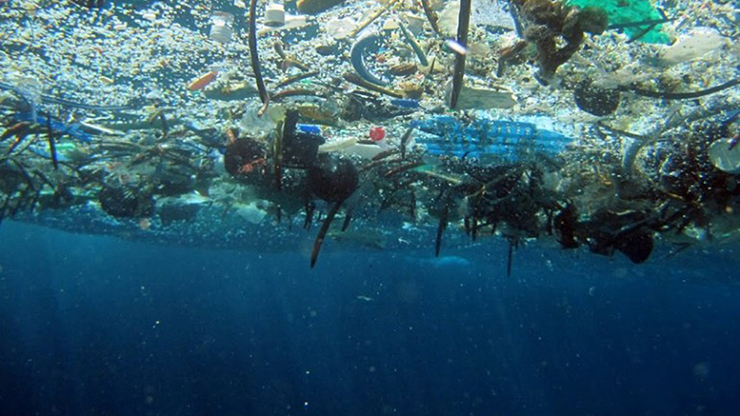 They are often the most spectacular, but their effects are generally temporary and localized. This type of pollution occurs suddenly during accidents, shipwrecks or extreme weather conditions (storms, floods).

The high concentration of this pollution makes them particularly toxic, but it is however possible to act for the same reason, so as to limit the scale of the disaster. Thus, more or less effective control operations are implemented when oil spills and chemical leaks occur.

Chronic pollution, on the other hand, is more pernicious because it is less visible. Consequences of the inadequacy of facilities and practices, of negligence or dishonesty, these diffuse and continuous pollution have negative and lasting effects on the marine environment. Whether chemical (nitrates, hydrocarbons), microbial (pathogenic bacteria), biological (invasive species) or nuclear, these pollutions exert continuous pressure on the ecosystems and degrade them.

In the general sense of the term, marine pollution is a degradation of the environment through the introduction of materials not naturally present in this environment into the water, generating imbalances in the ecosystem. By causing a more or less irreversible disruption of these ecosystems, the pollutant phenomenon mainly results in the migration or extension of many species. Junk removal is not as easy in the sea as it is on land, so once the waters get polluted it is a tremendous endeavor to clean them up.

Regulations and monitoring measures are therefore being put in place gradually to protect the health of human populations and preserve these ecosystems. Certain chronic pollutions that are still little studied, such as noise or macro-waste, still largely escape these measures.

To show how devastating such pollution can be, a new species was recently discovered in the Marianas pit, Eurythenes plasticus. Unfortunately it was also found that this crustacean had swallowed plastic.

This amphipod lives in one of the most remote places on our Earth, in the Marianas pit, about 6,500 meters deep. However, before we even got to know it, it had already ingested plastic particles. This is the sad observation to which researchers from the University of Newcastle (United Kingdom) were unfortunately confronted.

In the intestines of one of the four specimens of this hitherto unknown species which they observed, they indeed discovered plastic particles. This material used to make bottles, plastic films or textiles. To underline the scale of the plastic pollution disaster, the researchers decided to name the new discovery Eurythenes plasticus.

Lily had been injured by a longline hook, that is to say a fishing gear composed of a mother line on which are fixed nylon threads ending in a hook. This type of gear is among those that capture the most non-target animals, along with the trawlers. Out of 94 million tonnes of fish caught each year, the FAO (Food and Agriculture Organization) estimates that between 17.9 and 39.5 million are bycatch. These include fish, but also turtles, sharks, sea birds …

This is added to the damage caused by plastic pollution. Scientists and associations are alerting together on the state of marine biodiversity. Choked, strangled, intoxicated by plastic waste found in the oceans, the marine animals are suffering because of humans.